Since the beginning of the 90's the Progress & Business Foundation (P&BF), Kraków, Poland, has been an active actor in the field of the strategic advising and scientific policy studies and democratic transition expertise. The unique status of the P&BF, linking the perspective of the academia with the close co-operation with government, industry, business, local administration and the NGOs, enabled the dynamic and successful participation in various initiatives and projects. In its activity the P&BF has always put the emphasis on the integration of research with practical implications of economic and industrial development. Therefore, the analysis of the mutual interactions between the R&D policy, scientific research as well as high-tech industry on one hand and societal and economic transformations on the other is the basic paradigm of the P&BF activity

The prospective technological studies concerning the information and communication technologies, fine chemistry, biotechnology and environment and socio-economic aspects of their implementation (labelled often as the emergence of the knowledge society) are in the very centre of the heretofore activity of the P&BF. Currently the Foundation conducts activities within the areas of, a.o., commercial scientific research, services for high-tech industry, consulting and professional education. During the period of 1994-2000 the P&BF took part in several projects within the Phare Sci-Tech Program, which served to define the S&T&R&D policy in Poland. Specifically, the P&BF has been involved as the consulting consortium member in the Preparatory Study and Pilot Implementation of Centres of Excellence in Poland, Phare SCI-TECH II PL9611/03.01, performed in 1999 and 2000, which resulted i.a. in creation of the CoE in Telemedicine in Cracow, one of the first five Polish CoEs selected and supported in 2000.

The Foundation’s Centre for Decision Sciences and Forecasting, established in 2002, develops methodology for foresight exercises, decision support, multicriteria decision analysis and optimisation, in a close co-operation with a number of well-known Polish and foreign scientific institutions. The scientists and experts affiliated to the Centre have elaborated new original approaches used in foresight studies, such as implementation of regional objectives in policy-related decision-making, dynamic outranking and prioritisation methods, reference-sets based decision support systems, generalised dynamic SWOT analysis, entropy-based forecasting, and others. It is the mission of the Centre to stress the necessity of using the systematic and quantitative approach to a maximum extent possible, and to apply consistency checking, validation and verification while integrating the experts’ judgements in foresight studies and decision support. Among the applications of the new methods elaborated at the Centre we would like to mention the quantitative analysis of results of the Visionary Panel on Metropolitan Functions of Kraków in 1997-98, wherein the Foundation was involved in the Region’s financial sector assessment and foresight, choice of most prospective groups of specialty polymers, performed for Fluor Daniel BV, design of the decision support system for time series analysis within the 5th Framework Programme of the EU, the foresight exercise on mobile computing, and the ESTO projects mentioned below.

Since the Foundation Board’s decision in April 2002 about the Center establishment, it acts according to “Living Lab” rules by conducting researches based on interaction between present or future end-users interested in developed solutions. Such approach is also commonly practiced by Center in implementing projects as well as organizing open meetings with the customers.

Following the presentation of the P&BF activities and expertise at the ESTO General Assembly in February 2002, since June 2002 the Foundation - as the only member organisation from Poland – has been an Affiliated Member of the European Science and Technology Observatory (ESTO). According to the decision of the ESTO Executive Committee made in September 2003, based on its achievements as an Affiliated ESTO member and quality of reports produced, the Foundation became an Associated Member of ESTO, the second one in the New Member Countries.

The Foundation has already performed the following prospective studies for the European Commission:

In addition, the P&BF takes part in another ESTO consortium formed in May 2004 in order to perform the study on the potential impact of REACH on the selected branches of New Member Countries chemical industry. The works on REACH impact have been concluded by February 2005

The principal customer of the above studies has been the DG JRC - Institute for Prospective Technological Studies (IPTS) in Seville, which manages the ESTO network. However, the results of the studies were also made available to other Directorates of the European Commission, such as DG Research, DG Transport, and DG Agriculture. The foresight reports produced by the P&BF have been considered by the Commission as high quality and highly innovative

The focus on new technologies resulted in admitting the P&BF as a member of the Foresight on Information Society Technologies in the European Research Area (FISTERA) Thematic Network in January 2004. The first Polish FISTERA Roadshow Workshop has been organised on May 27, 2004, following the JRC Info Day and gathering almost 40 participants from all over Poland and the Czech Republic for vivid discussions on the trends and challenges in the Information Society Technologies, focused on Poland. On the same day the P&BF has been an organiser (jointly with the National Contact Point of European Research Programmes in Warsaw) of the JRC Info Day in Kraków. This meeting has been attended by over 100 participants, among them any graduate students from the Souther Macroregion of Poland, allowed for establishing closer ties between the DG JRC and Polish S&T institutions. Among the other network activities, two prospective studies, on the Prospects of Knowledge-Based Society in Poland, and the New Member States & Candidate Countries IST Insights have been elaborated for FISTERA in 2005.

The Foundation has been actively exploring the regional dimension of innovation. It is a member of the Crescendo Thematic Network, whereas the P&BF proposed innovative approaches to the establishing regional venture capital funds and flows. In 2003 the Foundation took part in the activities of the Partner Thematic Network, aimed at creating a regional partnership for innovation development in the Małopolska and Upper Silesia regions. Recently, the P&BF initiated a series of activities devoted to the country-first regional foresight programme, focused on innovation and entrepreneurship support. P&BF is also included into the AMI J00/01/03 – Various Studies scheme managed by the IPTS.

In July 2003 the Polish National Technological Foresight Programme has been initiated by the Ministry of Science and Information Technology. Since the beginning of the Programme a senior member of the P&BF staff has been taking part in the activities of the Foresight Initiatory Group, while the P&BF has started a number of promotional events of the programme

The expertise of the Progress and Business Foundation within the field of prospective analysis covers the following fields:

In addition to its permanent and full-time staff, the Centre for Decision Sciences and Forecasting of the Foundation has an access to the expertise of over 300 experienced experts and lecturers from the P&BF’s expert pool, representing a diversity of relevant areas of technology, management, finance, and social sciences. We co-operate with a number of S&T institutions in Poland and abroad, which makes possible using further sources of information and brainware, when needed. Additionally, P&BF maintains a knowledge base consisting of a collection of databases on different R&D&S&T issues, focused on Poland, and has an access to the data gathered by co-operating institutions. The P&BF is an institutional member of EARMA, EUSCEA, the accredited member of National Service System for SMEs (accreditation number 602 – Certificate No.129/2002), an associated member of ETEPS and one of the initiators of Polish National Innovation Support System

One of the priority goals of our organisation, approved recently by both, the Council of the Foundation and the Board of Directors, is an intensification of co-operation with the DG JRC and participation in related projects within our areas of competence. Moreover, the Foundation offers its expertise in foresight and forecasting to the governmental and local administration authorities involved in the elaboration of Regional Innovation Strategies, industrial companies that may wish to benefit from technology foresight studies, and to inter- and supranational institutions and organisations.

Back
Login | Register
News
The Polish National Contact Point for Research Programs of the EU invites you to the autumn series of seminars "Horizon Europe for Business (HE4B)"
More...
The participation of the President of the Foundation - prof. Andrzej M.J. Skulimowski in the 2nd Sopot Conference on Modelling Contemporary Economies, 21-22 June 2021 (virtual)
More...
The 7th annual EAI SmartCity360° International Convention, November 24-26, 2021 / Portugal-Online
More...
The Progress and Business Foundation has been admitted to the group of institutional members of the European Alliance for Innovation
More...
The Progress and Business Publishers listed as Level-I publisher according to the recent (Dec. 17, 2019) Regulation of the Minister of Science and Higher Learning
More...
Chairman of the Foundation's Council, prof. Ignacy Kaliszewski is a member of the Scientific Committee of the "Portfolio theory and derivative pricing" conference, which will be held in Warsaw on March 27-29, 2019.
More...
Granting accreditation to the Progress and Business Foundation as an Innovation Center that provides pro-innovative services for the SME sector
More...
More news... 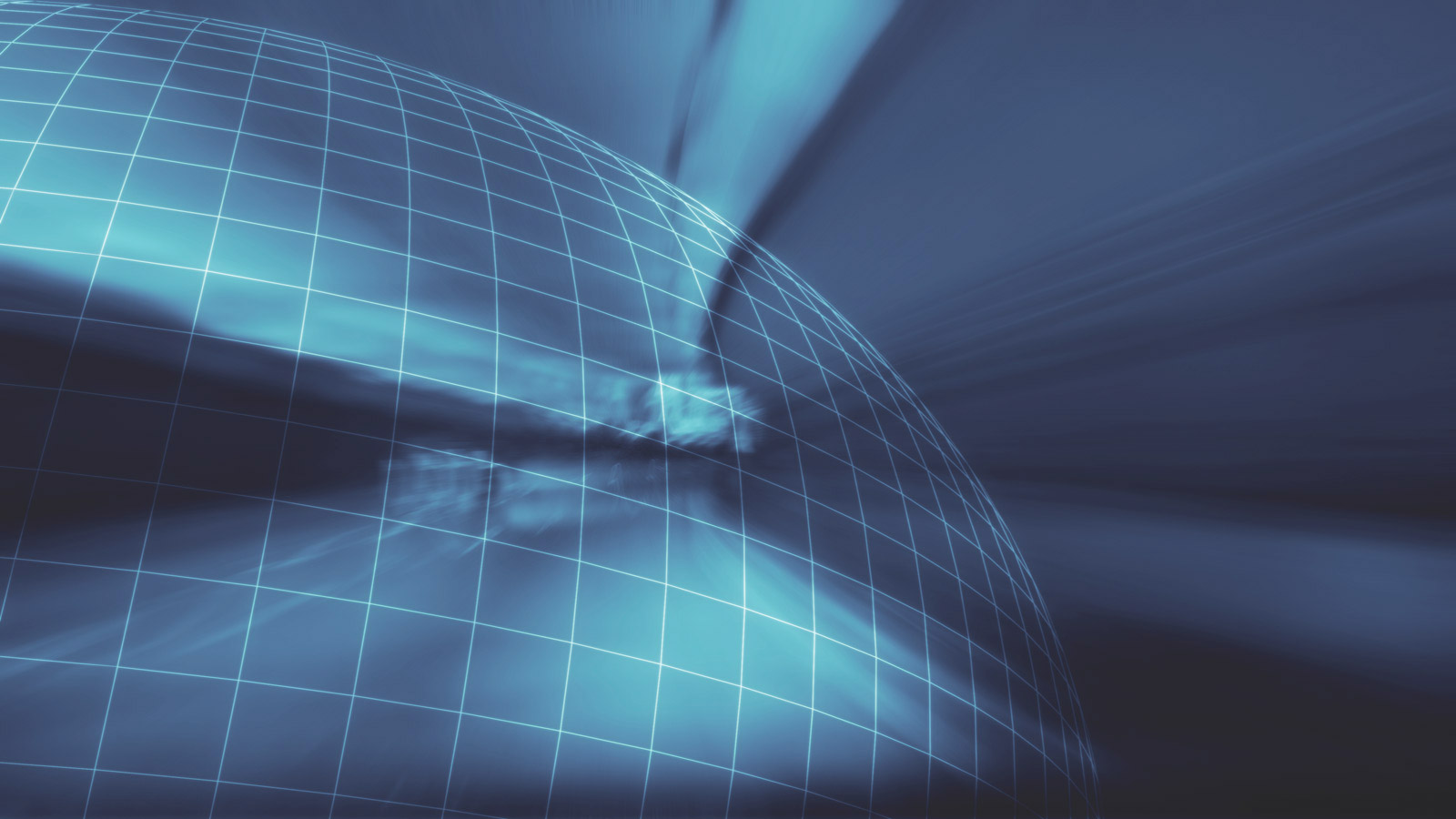